"Ormus" is the popular name for an exotic class of materials known as "orbitally rearranged monatomic elements." Before orgonite I was deeply involved in creating devices to corral and concentrate these substances which have consciousness expanding qualities for some people. Because the "m-state" versions of platinum group elements are repelled by magnets a "trap' employing clever arrangements of magnets can harvest the stuff in concentrated form.

The "Subtle Energies" web site is generally considered the best site for explaining ormes. Below are photos of my devices beginning with the earliest and finally culminating with the simple but effective "Strat Trap" which is now used by both professional producers and non-professionals. 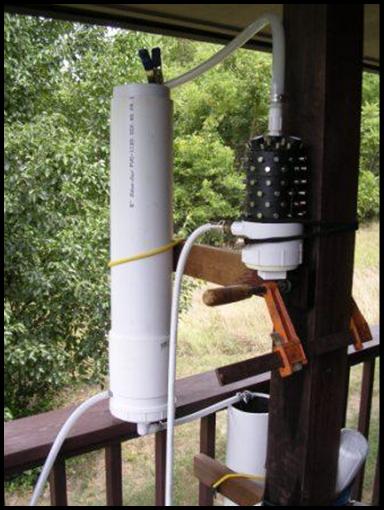 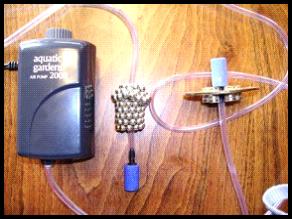 of its simplicity and effectiveness has become a popular device for harvesting ormus. 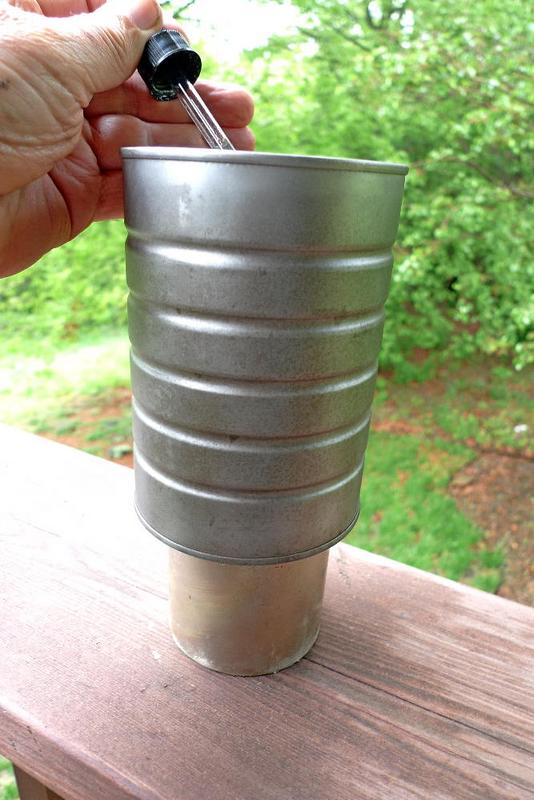 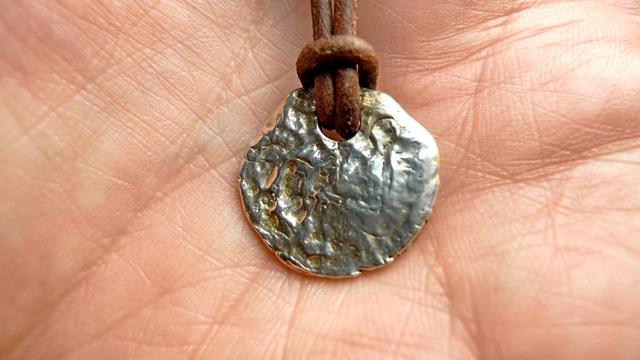 Figuring how to entrap ormes in metal was one of the most exciting little
journeys of my life, and my experiences with this stuff completely convinced me of the reality of ormes
as described scientifically by David Hudson. Having heard a dim rumor that
someone in the early days of ormus had used it as an additive to ceramic clays
gave me the idea that perhaps the same could be done with the silver and gold metal
"clays" that had been developed in Japan in 1990. These are malleable, formable, hydrated mixtures of
pure metal silver or gold and an organic binder that burns away during the heat of firing leaving behind
a precious metal object of high purity -  a popular jewelry making technique nowadays - but the interesting
thing to me was that the material after firing was still somewhat porous. Since the theory of ormus was that it gravitated to "tight spaces" I
wondered if it might be trapped in these pores while at the same time undergoing the "annealing"
process that Hudson used to bring and fix ormes in a higher energy state. It so happened that these metal clays
fired at around the same temperature specified by Hudson - about 1500F. Hudson specified a gas flushed kiln
to prevent oxidation or whatever, but I thought it worth a shot without such an expensive setup. 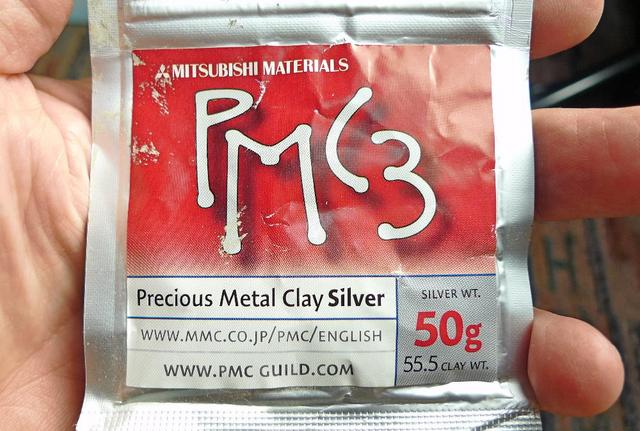 I subjected my little raw clay unfired pendant to a series of hydrations with "Strat Trap" water (see earlier on this page) and then drying or
dehydrating with the aim of "loading" the clay with as much or the Strat Trap ormus as possible. I usually hydrated and dehydrated about 5 times.
The small hot plates that workers in this material use to dry the stuff before firing worked just fine as a heat dehydrator. The dry clay was
somewhat absorbent, so I was confident that the ormus in the trap water was penetrating the clay. After a final drying the
metal clay was ready to fire.


I used a relatively inexpensive open air "kiln" that had a thermocouple to
monitor the temperature of the flame path. The precious metal clays should be fired no higher than 1650F,
so some kind of temperature control is required. 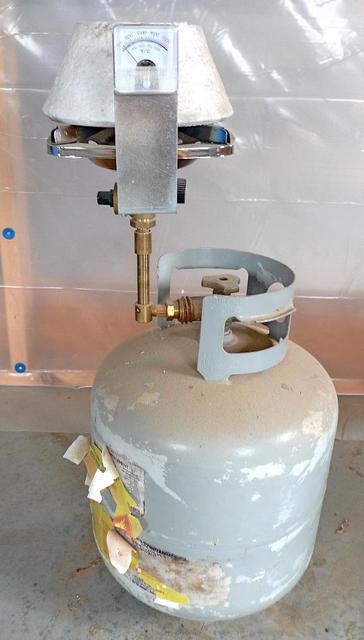 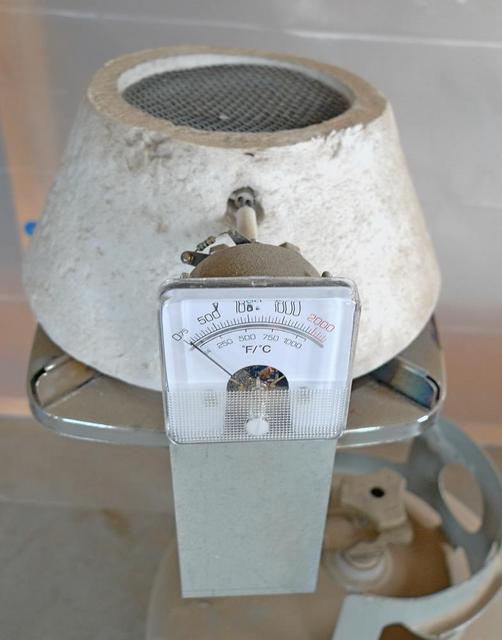 The first time I fired one of these little pendants changed my
life (in a geeky way.) I was hovering over the the little firing grill
watching my pendant slowly turn red and smoke as the binder burned away, and as the temperature was gradually ramped
up manually along about 1500F there was this sudden "jump" in
energy. It flew right at me, and it felt very strange and unusual - it reminded
me of that old magazine ad of the dude sitting in front of a pair of radical
sound speakers with his hair blowing back in the outflow. I was actually wondering if something
might happen at that temperature - would the material blow up, disappear, time machine me, or something as it reached the
ormian annealing point? But I was totally unprepared for such a startling verification that
something very unusual indeed happened at that point. The energy reminded me somewhat
of moldavite or phenacite energy - the energy one feels wearing those crystals close to the body, but here
was a way to get at that energy synthetically so to speak. I was impressed. For the first time
in my life I understood that ormes were real and behaved more or less as Hudson said they did.
True, it was a subjective verification, but it was all that I personally needed. I did this little trick
many, many times after that, and always at around 1500F the quantum jump could be felt. It was fun. It
was alchemy of a sort. It was real. Plus, I was selling a few of these, and the people buying them felt the energy
too. One lady bought 8 of them for various relatives, and sent me a photo of her beautiful early 20's daughter who had Sinead O'Connored her hair after doing a spin with the pendant. Lives were changed - whether for good or not I am not entirely sure - but the feedback I was getting reminded me a lot of the feedback I had received from my trap water customers. It was ormus type feedback, but it was ormus that could be worn - it's field of influence crossed space. One of the most valuable results in my mind anyway was that the ormus field was being seen to cross space and without any ingestion necessary. This completely nixed the argument that ormus might be some sort of toxin that was just mildly poisoning people in intriguing ways. Ormus puts out a vibe. It is the vibe that is the real ormus - the chemistry in the body is not required to experience ormus.

I suspect that the ormes are indeed lodged in some of the micropores and that there is enough of a vacuum in these pores especially in a high heat reaction that no gas flushed environment is needed.
Later I experimented with hydrating regular ceramic clays, and found them to have the energy too.
I have also noticed that people who do not get along with moldavite energy do not get along with these pendants, but that they are loved by people who love moldavite energy. That right there opens up a lot of speculation about what exactly is going on with these energetic tektites and with ormus too. They may together show us some deductive science if we think on it. It could be that both of these materials are torquing the aether and are indeed putting out a "torsion field." The energies of these material have always felt to me like a twisting of something. It may be that people like them the same way they like the endorphin rush they get from experiencing a little pain.


I am not sure this technique could be used with salty ormus acid swing precipitates or sodium burn derived ormus. Salt is not a good thing to have mixed in with the precious metal clays. It may not matter as much with the regular alumina clay ceramics. I was actually putting some baking soda in the ceramic clays so as to get a sort of salt glaze finish. 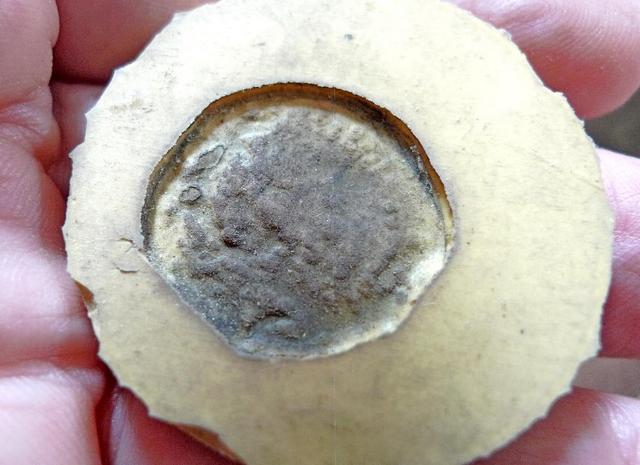 Silver Seer pendant cast from a mold of an old button 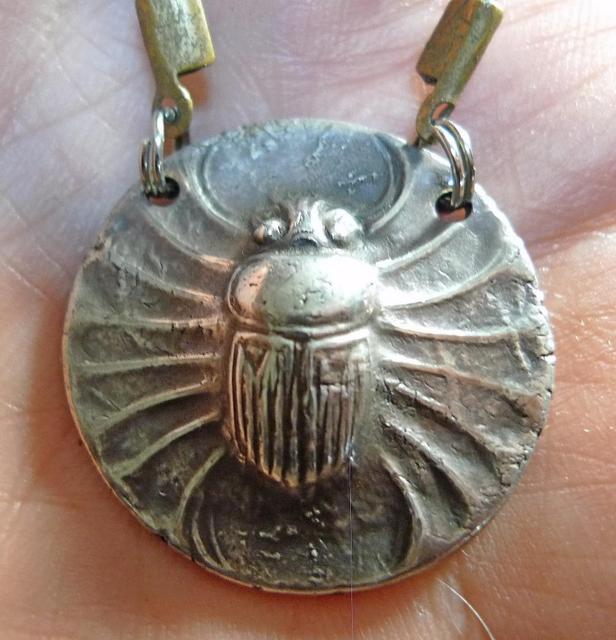 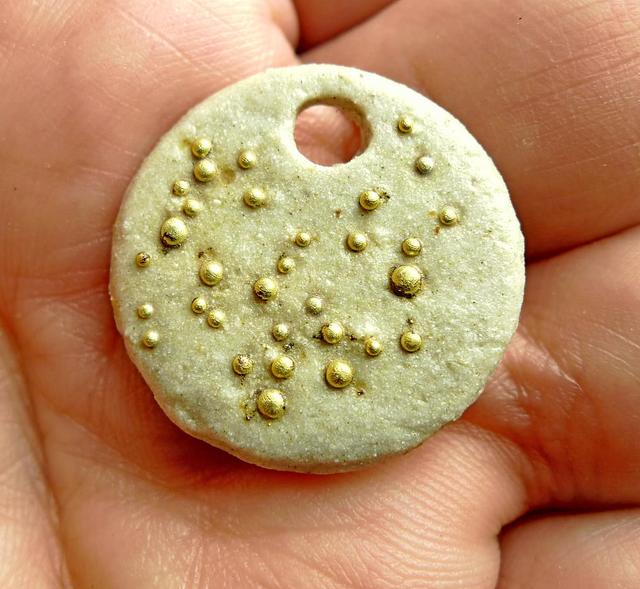 The pendants made in 2009 are today just as strong as they were then which amazes me. This has been verified by old customers too - it is not just me BS'ing. How long, I wonder, will ormus remain in the high energy state in stable metals kept out of the weather and other forms of environmental degradation?

I hope other people out there will try this and report their findings to me and the ormus forums.
Bo Long